Many years ago, I purchased a Pilot Vanishing Point Fountain Pen. Pilot Pen Co. started making these pens in 1964, but I am pretty sure I did not buy one all the way back then. Its age is important, because when I contacted Pilot Pen to ask if the case could be repaired, they said the pen was so old, no more parts were available. Pilot Pen would have to replace the body at their cost.

The only reason the case needed repairing is probably just through many years of normal use, the pen’s body would unscrew itself, which was sometimes awkward.

Well, I finally decided to send the pen in for repair. I insured the package at the post office and received a tracking number, and gave the USPS site my cell phone, so I rest assured that the pen was delivered to the right place.

Although my pen is by no means one of the people or companions who lives or has lived with us, the experience of sending my fountain pen off was like sending a loved one off to Summer camp. But at least, I got texts.

The pen will soon be on its way back and will look like this:

And I am pretty sure, I’ll receive more texts telling me about its journey.

By the way, I have found over the years that Pilot Pen Company responds to their customers, and regardless of the cost; they back up their products;  and they are nice to deal with.

Today, the day of our Municipal Information Technology Department Christmas/Holiday Party, I received a Christmas gift of sorts. It was a new Logitech wireless mouse. I say of sorts, because my employer ordered it for me.

To someone else, this might not seem like a gift at all, but a work tool. However, , to me, it was something nice with a ton of work computer work to do.

This mouse is a study in great design and ease of use. The bluetooth transmitter can be stored in a slot below the batteries, when the mouse is not in use.

Other gifts were just socializing with people I do not see often enough, and a new assistant director to start training.

May everyone have a Merry Christmas, Happy Hanukkah, and a great Kwanzaa. And, may you have a happy and less hectic New Year 2018.

Many years ago, my mother got so upset about the Oklahoma City bombing, she got deeply lost watching CNN headline news. One day to break the spell, her caregiver, Judy, unplugged the TV, and said, “C’mon Eva. We’re getting out of here and going shopping.” Just getting my mother out of the house broke the spell.

I feel the same way about the current political crisis, and am limiting my news input. I am relying more on comedians to get my news, because it is easier to take. After all, listen to too much news starts to sound like we have crashed on the crazy planet. 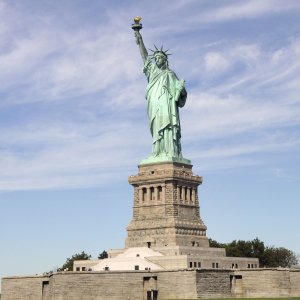 I work with amazing people in our municipality. One of them has a young mobile, talking, pre-school daughter, and I get to hear about her daughter’s latest sayings.

I plan on incorporating two of them in the never-ending struggle to get work done and offending as few people as possible while keeping most of them from commandeering my time.

Mom swears she does not know where her daughter picked up these phrases.

And here are some examples:

So, adapting these to municipal life:

Elected Official: Come to a meeting to discuss implementing a software solution in one week that should take a month.

Boss: Would you come to a meeting with me that will be like having your teeth drilled without Novocaine?

Now, what do we have here? Language that can be spoken in front of children, maintaining calmness, and communicating with short, concise answers.

It is that time of year. There are a lot of Greek festivals at local churches. I have always had very good baklava from those festivals. Home made baklava  is made from the pure stuff, honey, walnuts, butter, and filo dough. Some people even use rose water, though it is rare. A friend of ours who makes baklava put this warning on a package of home made. I took the warning seriously.

Many years ago at the end of the Carter Administration, Paul Volker was appointed chairman of the board of governors of The Federal Reserve System, August 1979. A few years later I was married, and came to appreciate my wife’s thriftiness and ability to deal with financial figures quickly, almost effortlessly. This was a talent I sorely lacked. Around about the same time, my mother-in-law, who also worked effortlessly with finances, and found both a several thousand dollar and a $0.10 error in two different bank statements. Now, because of that, I built up a mythology around my mother-in-law, kind of like William Faulkner’s fictional Yoknapatawpha County in Mississippi, but requiring less talent. I imagined she had the financial equivalent of the direct-connect phone connecting the White House and the Kremlin, only this was to discuss financial matters. I called it the Green Phone, which meant in a financial crisis, Mr. Volker could pick up the phone and get advice from the very same person who had found a $ 0.10 error in a banking statement. The dinner time stories including fixing the accounting of several German financial institutions, when my mother-in-law was touring Germany along the banks of the Rhine, to saving the U.S. from economic disaster. She was embarrassed by all this, and, since the mythology included Paul Volker, like Wagner’s Ring cycle, the mythology concluded after Alan Greenspan was appointed the next FED chairman, much to my mother-in-law’s relief.

For the most part, the Gary Larson Non-Working Breeds cartoon applies to me. It shows a husband and wife dog couple. The husband is sitting in front of a television in a T shirt. The wife has come in from the kitchen, and is glaring at the husband, who answers her glare with “Hey, Look, You Knew When You Married Me that I was a Non-Working Breed”.

Perhaps the only exceptions to this is when we entertain our friends and riding my bicycle. Getting my driver’s license was probably the worst thing I ever did. Before being able to drive, I rode by bicycle a lot. Physical fitness-wise, everything seemed to go downhill after getting my license.

For about a decade, I have ridden my bicycle to work, and although I don’t work that far away, riding my bicycle for the first few years was drudgery. Lately, while riding, it almost seems like I’m young again. I’m not an exercise enthusiast, and don’t have to be on my bicycle every minute of the day, but riding more seems to make riding more better.

I sometimes think it is because my 23-year-old Giant Rincon hybrid bicycle was overhauled last year. Overhauling the hubs and cleaning the drive train probably helps riding by reducing friction and making shifting smoother, but probably it’s due to my wanting to ride and building up some stamina. I will enjoy it while it lasts.

I really do hope Roger did not actually hate the park and everyone in it, but there are days that remind me of this. Personally, I think it’s better to have humor, and the plaque is funny.

We all try to save money. It’s the same with snowblower maintenance. I take good care of my 26-year-old Toro 521 snowblower. Occasionally, I have to replace an auger belt between maintenance sessions. It’s not too hard, and snow starts getting thrown properly with a new belt.

This week, the ultimate happened.  Right after replacing the auger belt, part of the cowling that protects the engine and belt assemblies from rocks and moisture on the ground, had rotted away, hung down, and was caught in the snow. Now bent, the snow blower started acting like a dirt plow farmers use before sowing seed. One side where the cowling fastens had just plain old rotted away.

So, we have no more snowblower, until it gets repaired. This will undoubtedly include welding the cowling where it rotted away. While my dealer has the snowblower, they might as well perform a maintenance as well, even if were 6 weeks away from the end of the snow season.

So for today’s storm, it is shovel time.

But here’s the punch line. Before the cowling broke, I was picking up the extra belt and asked about purchasing a new snowblower.

“Your snowblower isn’t that old.”, the owner of the shop said.

“As long as the engine and body are intact, why not get it repaired?”, she went on.